This post is sponsored by Speck Products, who provided me with some lovely Speck cases to try out and write about here on the blog. All opinions presented here are my own, or those of my family members who have sampled the Speck cases along with me.

Do you have your new iPhone yet? Waiting until the holidays to upgrade? Something in a flashy Android model, maybe? Or are you like me, hoping to make your old phone last as long as possible, and only upgrading when something breaks on the phone that cuts open your thumb when you use it? (Yes, this has happened to me, and yes, I'd do it again if I could save some money on my technology.)

When I finally did upgrade in the spring of 2013, saving myself from constant digit injury, I purchased an iPhone along with this lovely orange Speck case: 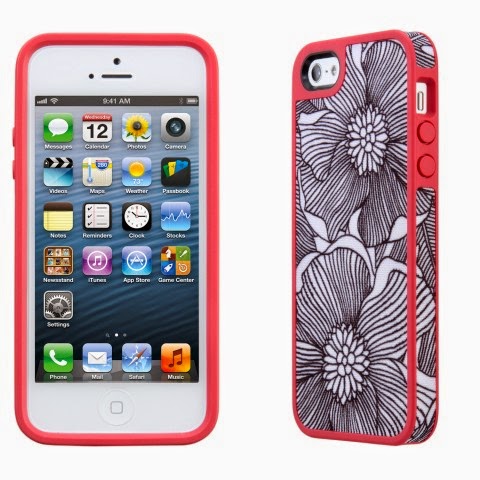 While the decorative white floral background is now more weathered in color, the case continues to get compliments, and more importantly, my phone has not been damaged. Klutz that I can be, I have dropped the phone, thrown the phone, and stepped on the phone. My daughter has "played with" the phone, in the aggressive way that only children can call love. The phone has travelled, been shoved into tight spots, and been jostled around loosely in bags. The phone lives, even as the battery becomes less and less chargeable, and I'm grateful that the case I chose primarily for looks has been a protection powerhouse.

You can imagine my happiness, then, at being invited to a Speck happy hour during the BlogHer14 conference, at which point we could check out some of their new products. I brought home a few, and here are the reports from the peanut gallery (aka, my husband, daughter, and parents):

Last year, EJ earned an iPad Mini for doing so...much...homework. We thought it would take her all year to gather up enough points in our homegrown homework hours-to-points-to-dollars exchange, but her class's ludicrous workload of two hours a night and sometimes eight hours on the weekend made her iPad mini a stocking stuffer. (Don't worry, we've changed schools, but that's a story for another day.)

For my favorite Minecrafter and all those like her, Speck created the DuraFolio case, which I was able to snag in fuchsia, her favorite color. 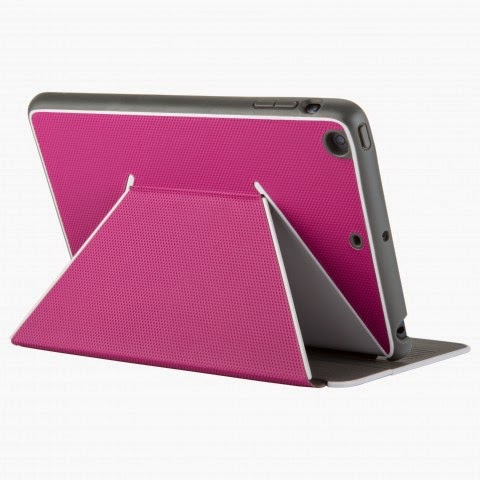 While at first reluctant to take the gel case that she had grown accustomed to off of her device, as soon as she tried this, she loved it. She really likes that she can set it up in the stand position so easily to watch stampylongnose videos (again, Minecraft), and as her mom, I like that the fabric is bumpy and a little grippy, which makes her less likely to drop her device.

We also sampled an iPad mini case that was designed to hook over the back of a car headrest, so that it could be a mounted screen for videos, etc. 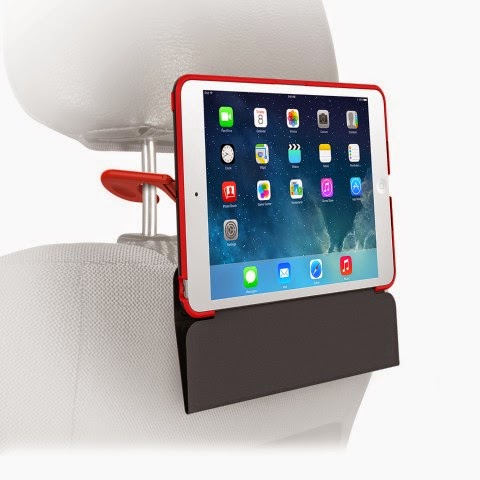 While we thought this would be perfect for a car trip, and tried it on a drive from Chicago to Washington, DC, it was heavier than the kiddo preferred and clunky, with the hook in the way when you weren't using it on the back of a seat. It was also hard to reach once mounted, which would probably be an advantage for use with toddlers or preschoolers, but was a nuisance to our nine-year old. As soon as we stopped at a rest stop, the kiddo searched her bag for the folio case, swapped them out, and just took to holding her device while she was using it for the remainder of our trip.

For my Dad, who along with Mom recently upgraded to their first iPhones, I brought home a CandyShell Card iPhone 5 case. 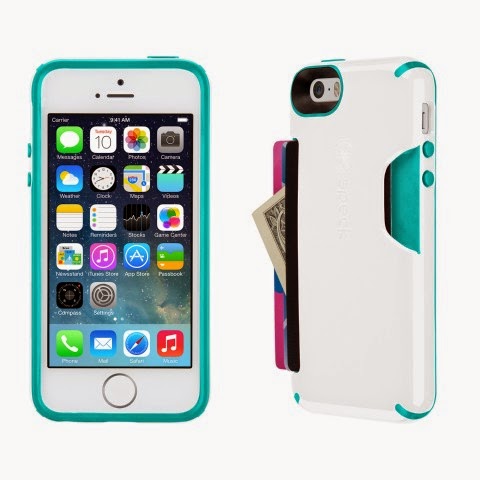 This case allows the user to make their phone into a wallet, a feature which I think would be perfect particularly when working out, attending festivals/concerts, going out at night with a tiny bag (or no bag at all), etc. My dad's review was simple: he likes the look and the sturdiness of the case, and he appreciates that he can put a few cards (2-3 fit at a time) or dollars in the slot behind. He does not like that you can see which cards are there, due to the window/cut-out at the back; putting your phone up to your ear and flashing your credit card isn't his favorite idea. His use for the slot: his health insurance cards. Retirement hack, complete.

My mom received the coolest case of them all, the CandyShell Amped iPhone 5 case. 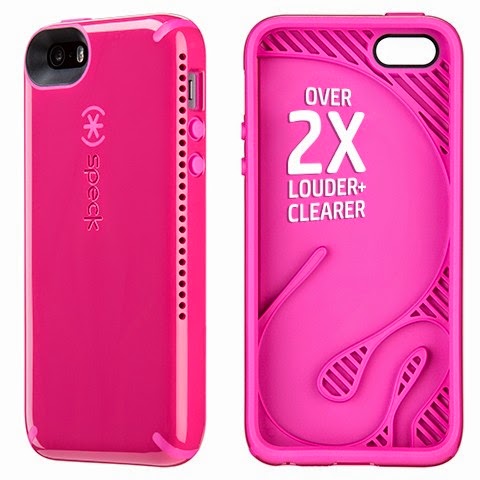 A retired speech pathologist, Mom has already self-diagnosed the age-related hearing loss that both she and Dad are now experiencing. Knowing you can't hear doesn't help you hear, though, and I figured she'd enjoy having the sounds of her phone amplified. She agreed. Then she had hip surgery, and hasn't had time to switch out her old case for this one. Suffice it to say, her hearing isn't her main concern right now, but she is looking forward to giving this a whirl.

Finally, my hubby, Mike, swapped out the original Speck case I purchased for his phone, which he liked very much, for the CandyShell + FACEPLATE iPhone 5 case. 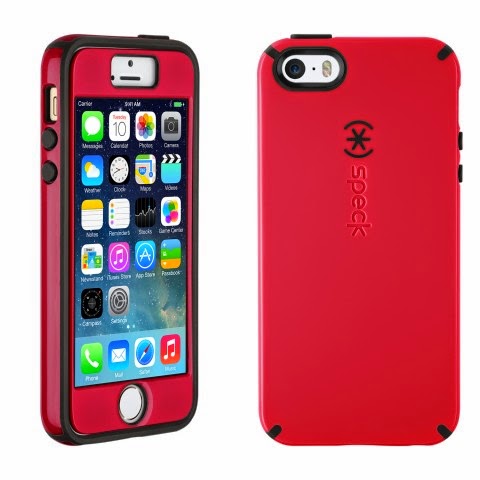 A few weeks prior to trying this new case out, Mike had lost the protective film over his iPhone screen, making it vulnerable to scratches. The new case, with a permanent faceplate cover, solves that problem. While he likes that feature, he did have trouble putting it on without any bubbling in the background. He also had difficulty cleaning it, so that the top corner, when the screen is dark, still shows bubbles and smudge (sounds like an English dinner, right?) He may eventually switch back to his original Speck case, once he purchases a new screen guard, but has liked the faceplate version enough not to make any moves in that direction. As a techie guy, if this case was aggravating him, he would have taken it off within days. We are now heading into month three, and it is still in action.

We are Apple folks, clearly, but Apple is only one line of products for which Speck provides cases and accessories. We feel grateful that we got to try the latest and greatest for iPhone 5 and iPad mini, and when we eventually upgrade (likely at iPhone 8), we will look to Speck again to keep our devices safe and snappy-looking.