If Wishes Were Already Hand-Addressed

I mentioned, way back in mid-December, that our holiday cards had not arrived, despite ordering them early, paying extra for shipping, and generally being on the ball about the whole affair.

My first call to the company brought apologies, a discount, and an assurance that their printing problem was being resolved that night, and my cards would be shipped out the next morning.

My second call to the company brought more apologies, a customer service guy who gave me his email address to keep checking up on the problem, and the assurance that the cards—which were just now coming off the printer, so obviously had not been sent yet—would be shipped out the next morning.

My third call to the company was a "if you can't get these to me by tomorrow, I don't want them" call. They assured me that they would arrive the next day, and explained how the printing problem that I had heard about early in the week meant that they had to ship my order to a different printer in an entirely different area of the country, which had caused the delay. Given the fact that my files were electronic, I'm not sure what they needed to ship, but I found it aggravating that I had been told twice that these puppies were on a press, and they apparently had never really been. I was told not to worry: they were being overnight shipped that evening.

They didn't arrive the next day. They arrived, in fact, the day before our Christmas festivities started, the day before I would have absolutely no time at all to do anything with them, much less mail them in time for Christmas.

We thought that, during our downtime in Wisconsin, we could address them. We packed them all up, and got the address list loaded on the iPad. I had purchased the stamps early in December, "to be ready." Ha, ha, ha…ho, ho, ho.

We didn't address them while in Kenosha. We overate and hung out with relatives and took parents to medical appointments, but we did not address holiday cards. I did hand some out in a haphazard, super-unclassy way at our Christmas Day dinner, however, to aunts, uncles, siblings and cousins. This would have made me happy that I had saved on stamps, except that—as I mentioned—I had already bought stamps by the hundred. "I can save the stamps I would have used on these family cards for letters throughout the year," I thought, and figured I'd use up the majority of the postage when we mailed out the rest of the cards, likely when we returned home to Chicago.

That didn't happen, either.

When we did get home, I called the company again, letting them know what a massive disappointment this whole experience was. They offered me another big discount, which I took. They also offered to let me send my cards in to get New Year's greetings instead. I thought, "If I set my mind to it, I can still get these out in a respectable amount of time," so I turned that down.

The fifth time I called the card company, it was to say, "You were right. I should have New Year's cards. May I please send in what I have left (90%) of our holiday cards?"

They said yes—whether I wanted new cards or not, I could return the ones that I had ordered for the holidays for a refund—then they emailed me a shipping label. As the customer service rep and I chatted online, I remembered that we don't have a working printer—ours stopped printing black ink around Thanksgiving, and the one we received as a gift for Christmas, on its first trial run, had the exact same problem; an hour and a half with tech support revealed that our brand new printer could not print black ink, either (what are the chances, right?), so it was returned. I asked the customer service guy if I could have the label sent to me via regular mail, and he told me that he was sorry, but they only use email ("We don't print things out." = irony at its finest). He then suggested that I might want to try going to a library, because libraries let people use computers and printers there.

Wanting to stay plucky about this whole thing, I summoned up some new zest for this long project and designed a new card. I found a new picture. I wrote a clever poem. I felt happy that I could make this happen. New Year's cards, what a great idea!

Two weeks have passed. I have not ordered the new cards. I have not gone to the library to print out the label, nor have I finished researching which kind of printer we are going to buy (the stakes are higher after picking out a lemon the first time.) I have not sent the old cards back.

This, my friends, is why people don't send New Year's cards, traditionally. There is no momentum, no incentive, and no driving desire once you have gotten through the holidays and are back in the swing of the regular schedule, except (in my case) not to lose money on wasted postage. Quite frankly, January days are short and the skies are gray and if I have any extra go-to energy, I'm going to use it brew coffee, not address envelopes.

I can't totally give up, though. I'm a sucker for sentimentality, and holiday cards are one of my favorite sorts. With that in mind, please enjoy our holiday/New Year's greeting, created electronically and brought to you electronically, with the card-company middle-man cut out of the process. Imagine this coming in the mail, or don't imagine that—at this point, imagine that the tooth fairy delivering it on a soft spring breeze if that rings your bell, we all know that the winter holidays are D-O-N-E. Whatever you do, please imagine it is sincere, because it is, and no printing delays will negate the (much belated) sentiment. 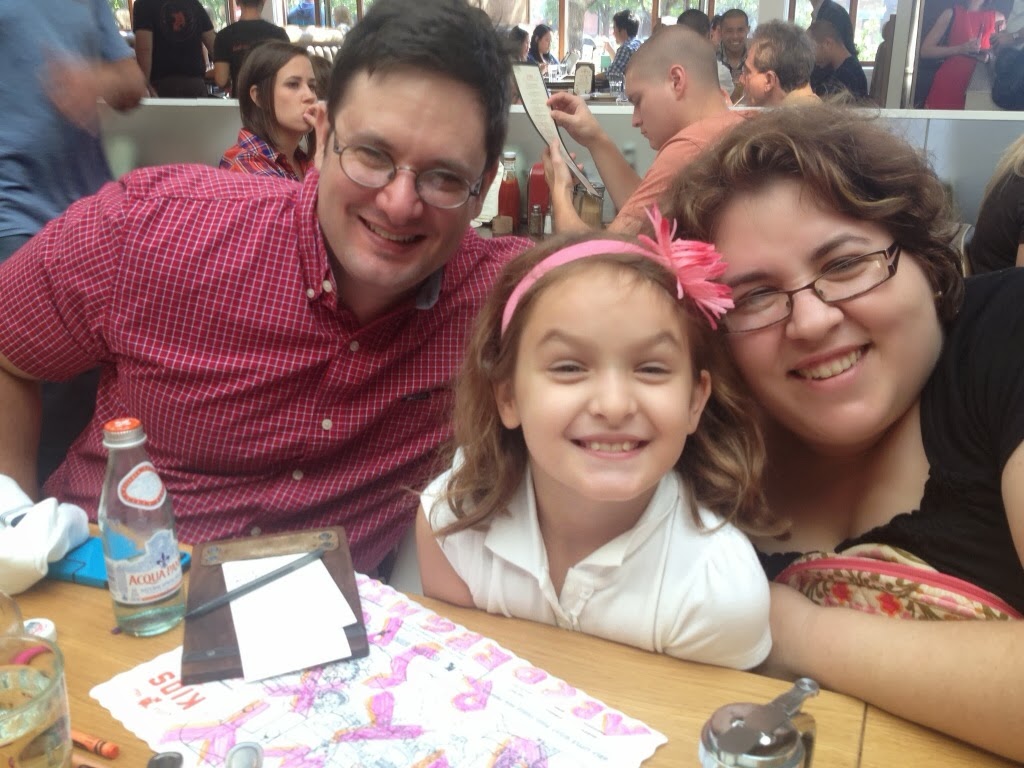 December arrived, with its lights and its cheer,
Kori said, "Time to make holiday cards, dear!"
She found a cute photo of the whole family crew,
Used the company she'd favored—they knew what to do!

But even though cards were ordered quite early,
They didn't arrive, and that made us quite surly.
We called and we emailed, texted and cajoled,
Waiting for cards was becoming quite old.

"Printing problems," they said, "But, please don't be miffed!"
"We've figured it out, they'll be there in a jiff."
That was a promise they repeatedly broke,
"Shipping tomorrow" was an unfunny joke.

We thought we'd be clever, and make our own cards,
But our printer stopped working, and it all got too hard.
When our holiday cards finally came to our door,
Sadly, the holidays were here no more.

This wouldn't do, we thought to ourselves.
Next year, we're trusting this process to elves.
We'll return those old cards for a refund of money,
Then share this short poem, which we hope you find funny.

So, friends and family, thank you, so much,
For your holiday cards that kept us in touch.
In lieu of a Hanukkah or Christmas wish here,
Team Lusignan wishes you a Happy New Year!
Posted by Kori at 7:39 AM